The Prophet of Islam (S.A.W) 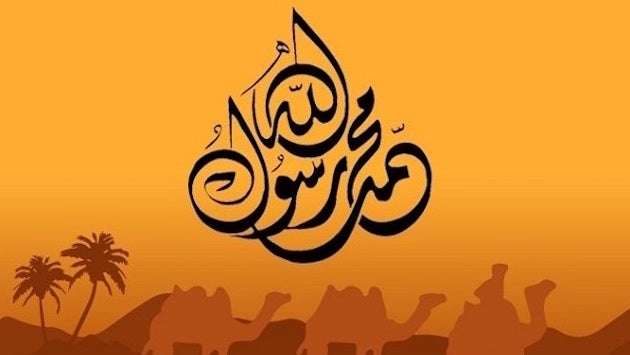 His Biography … [1]
The Prophet Muhammad (S.A.W) [was instructed to call this] religion “Islam,” i.e. submission to the will of God

In the annals of men, individuals have not been lacking who conspicuously devoted their lives to the socio-religious reform of their connected peoples. We find them in every epoch and in all lands. In India, there lived those who transmitted to the world the Vedas, and there was also the great Gautama Buddha; China had its Confucius; the Avesta was produced in Iran. Babylonia gave to the world one of the greatest reformers, the Prophet Abraham (not to speak of such of his ancestors as Enoch and Noah about whom we have very scanty information). The Jewish people may rightly be proud of a long series of reformers: Moses, Samuel, David, Solomon, and Jesus among others.

Two points to be noted: Firstly these reformers claimed in general to be the bearers each of a Divine mission, and they left behind them sacred books incorporating codes of life for the guidance of their peoples. Secondly there followed fratricidal wars, and massacres and genocides became the order of the day, causing more or less a complete loss of these Divine messages. As to the books of Abraham, we know them only by the name; and as for the books of Moses, records tell us how they were repeatedly destroyed and only partly restored.

If one should judge from the relics of the past already brought to light of the Homo-sapiens, one finds that man has always been conscious of the existence of a Supreme Being, the Master and Creator of all. Methods and approaches may have differed, but the people of every epoch have left proofs of their attempts to obey God. Communication with the Omnipresent yet invisible God has also been recognized as possible in connection with a small fraction of men with noble and exalted spirits. Whether this communication assumed the nature of an incarnation of the Divinity or simply resolved itself into a medium of reception of Divine messages (through inspiration or revelation), the purpose in each case was the guidance of the people. It was but natural that the interpretations and explanations of certain systems should have proved more vital and convincing than others.

Every system of metaphysical thought develops its own terminology. In the course of time terms acquire a significance hardly contained in the word and translations fall short of their purpose. Yet there is no other method to make people of one group understand the thoughts of another. Non-Muslim readers in particular are requested to bear in mind this aspect which is a real yet unavoidable handicap.

By the end of the 6th century, after the birth of Jesus Christ, men had already made great progress in diverse walks of life. At that time there were some religions which openly proclaimed that they were reserved for definite races and groups of men only, of course they bore no remedy for the ills of humanity at large. There were also a few which claimed universality, but declared that the salvation of man lay in the renunciation of the world. These were the religions for the elite, and catered for an extremely limited number of men. We need not speak of regions where there existed no religion at all, where atheism and materialism reigned supreme, where the thought was solely of occupying one self with one’s own pleasures, without any regard or consideration for the rights of others.

A perusal of the map of the major hemisphere (from the point of view of the proportion of land to sea), shows the Arabian Peninsula lying at the confluence of the three great continents of Asia, Africa and Europe. At the time in question. this extensive Arabian subcontinent composed mostly of desert areas was inhabited by people of settled habitations as well as nomads. Often it was found that members of the same tribe were divided into these two groups, and that they preserved a relationship although following different modes of life. The means of subsistence in Arabia were meager. The desert had its handicaps, and trade caravans were features of greater importance than either agriculture or industry. This entailed much travel, and men had to proceed beyond the peninsula to Syria, Egypt, Abyssinia, Iraq, Sind, India and other lands.

We do not know much about the Libyanites of Central Arabia, but Yemen was rightly called Arabia Felix. Having once been the seat of the flourishing civilizations of Sheba and Ma’in even before the foundation of the city of Rome had been laid, and having later snatched from the Byzantians and Persians several provinces, greater Yemen which had passed through the hey-day of its existence, was however at this time broken up into innumerable principalities, and even occupied in part by foreign invaders. The Sassanians of Iran, who had penetrated into Yemen had already obtained possession of Eastern Arabia. There was politico-social chaos at the capital (Mada’in=Ctesiphon), and this found reflection in all her territories. Northern Arabia had succumbed to Byzantine influences.Only Central Arabia remained immune from occupation.

In this limited area of Central Arabia, the existence of the triangle of Mecca-Ta’if-Madinah seemed something providential. Mecca, desertic, deprived of water and the amenities of agriculture in physical features represented Africa and the burning Sahara. Scarcely fifty miles from there, Ta’if presented a picture of Europe and its frost. Madinah in the North was not less fertile than even the most temperate of Asiatic countries like Syria. If climate has any influence on human character, this triangle standing in the middle of the major hemisphere was, more than any other region of the earth, a miniature reproduction of the entire world. And here was born a descendant of the Babylonian Abraham, and the Egyptian Hagar, Muhammad the Prophet of Islam (S.A.W), a Meccan by origin and yet with stock related, both to Madinah and Ta’if.

From the point of view of religion, Arabia was idolatrous; only a few individuals had embraced religions like Christianity, Mazdaism, etc. The Meccans did possess the notion of the One God, but they believed also that idols had the power to intercede with Him. Curiously enough, they did not believe in the Resurrection and Afterlife. They had preserved the rite of the pilgrimage to the House of the One God, the Ka’bah, an institution set up under divine inspiration by their ancestor Abraham, yet the two thousand years that separated them from Abraham had caused to degenerate this pilgrimage into the spectacle of a commercial fair and an occasion of senseless idolatry which far from producing any good, only served to ruin their individual behavior, both social and spiritual.

In spite of the comparative poverty in natural resources, Mecca was the most developed of the three points of the triangle. Of the three, Mecca alone had a city-state, governed by a council of ten hereditary chiefs who enjoyed a clear division of power. (There was a minister of foreign relations, a minister guardian of the temple, a minister of oracles, a minister guardian of offerings to the temple, one to determine the torts and the damages payable, another in charge of the municipal council or parliament to enforce the decisions of the ministries. There were also ministers in charge of military affairs like custodianship of the flag, leadership of the cavalry etc.). As well reputed caravan-leaders, the Meccans were able to obtain permission from neighboring empires like Iran, Byzantium and Abyssinia – and to enter into agreements with the tribes that lined the routes traversed by the caravans – to visit their countries and transact import and export business. They also provided escorts to foreigners when they passed through their country. Although not interested much in the preservation of ideas and records in writing, they passionately cultivated arts and letters like poetry, oratory discourses and folk tales. Women were generally well treated, they enjoyed the privilege of possessing property in their own right, they gave their consent to marriage contracts, in which they could even add the condition of reserving their right to divorce their husbands. They could remarry when widowed or divorced. Burying girls alive did exist in certain classes, but that was rare. … (Contd.)

Previous Article
Al-Baqarah (The Cow)
Next Article
Birth of the Prophet (S.A.W)