Birth of the Prophet (S.A.W) 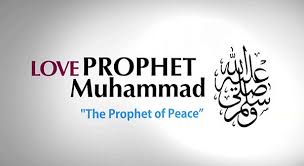 It was in the midst of such conditions and environments that Muhammad (S.A.W) was born in 569 after Christ. His father, ‘Abdullah had died some weeks earlier, and it was his grandfather who took him in charge. According to the prevailing custom, the child was entrusted to a Bedouin foster-mother, with whom he passed several years in the desert. All biographers state that the infant prophet (S.A.W) sucked only one breast of his foster-mother, leaving the other for the sustenance of his foster-brother. When the child was brought back home, his mother, Aminah, took him to his maternal uncles at Madinah to visit the tomb of ‘Abdullah. During the return journey, he lost his mother who died a sudden death. At Mecca, another bereavement awaited him, in the death of his affectionate grandfather. Subjected to such privations, he was at the age of eight, consigned at last to the care of his uncle, Abu-Talib, a man who was generous of nature but always short of resources and hardly able to provide for his family.

Young Muhammad (S.A.W) had therefore to start immediately to earn his livelihood; he served as a shepherd boy to some neighbors. At the age of ten he accompanied his uncle to Syria when he was leading a caravan there. No other travels of Abu-Talib are mentioned, but there are references to his having set up a shop in Mecca. (Ibn Qutaibah, Ma’arif). It is possible that Muhammad (S.A.W) helped him in this enterprise also.

Well known in the city

By the time he was twenty-five, Muhammad (S.A.W) had become well known in the city for the integrity of his disposition and the honesty of his character. A rich widow, Khadijah, took him in her employ and consigned to him her goods to be taken for sale to Syria. Delighted with the unusual profits she obtained as also by the personal charms of her agent, she offered him her hand. According to divergent reports, she was either 28 or 40 years of age at that time, (medical reasons prefer the age of 28 since she gave birth to five more children). The union proved happy. Later, we see him sometimes in the fair of Hubashah (Yemen), and at least once in the country of the ‘Abd al-Qais (Bahrain-Oman), as mentioned by Ibn Hanbal. There is every reason to believe that this refers to the great fair of Daba (Oman), where, according to Ibn al-Kalbi (cf. Ibn Habib, Muhabbar), the traders of China, of Hind and Sind (India, Pakistan), of Persia, of the East and the West assembled every year, traveling both by land and sea. There is also mention of a commercial partner of Muhammad (S.A.W) at Mecca. This person, Sa’ib by name reports: “We relayed each other; if Muhammad (S.A.W) led the caravan, he did not enter his house on his return to Mecca without clearing accounts with me; and if I led the caravan, he would on my return enquire about my welfare and speak nothing about his own capital entrusted to me.”

An Order of Chivalry

Foreign traders often brought their goods to Mecca for sale. One day a certain Yemenite (of the tribe of Zubaid) improvised a satirical poem against some Meccans who bad refused to pay him the price of what he had sold, and others who had not supported his claim or had failed to come to his help when he was victimized. Zuhair, uncle and chief of the tribe of the Prophet (S.A.W), felt great remorse on hearing this just satire. He called for a meeting of certain chieftains in the city, and organized an order of chivalry, called Hilf al-fudul, with the aim and object of aiding the oppressed in Mecca, irrespective of their being dwellers of the city or aliens. Young Muhammad (S.A.W) became an enthusiastic member of the organization. Later in life he used to say: “I have participated in it, and I am not prepared to give up that privilege even against a herd of camels; if somebody should appeal to me even today, by virtue of that pledge, I shall hurry to his help.”

Not much is known about the religious practices of Muhammad (S.A.W) until he was thirty-five years old, except that he had never worshipped idols. This is substantiated by all his biographers. It may be stated that there were a few others in Mecca, who had likewise revolted against the senseless practice of paganism, although conserving their fidelity to the Ka’bah as the house dedicated to the One God by its builder Abraham.

Reconstruction of the Ka’bah

About the year 605 of the Christian era, the draperies on the outer wall of the Ka’bah took fire. The building was affected and could not bear the brunt of the torrential rains that followed. The reconstruction of the Ka’bah was thereupon undertaken. Each citizen contributed according to his means; and only the gifts of honest gains were accepted. Everybody participated in the work of construction, and Muhammad’s (S.A.W) shoulders were injured in the course of transporting stones. To identify the place whence the ritual of circumambulation began, there had been set a black stone in the wall of the Ka’bah, dating probably from the time of Abraham himself. There was rivalry among the citizens for obtaining the honor of transposing this stone in its place. When there was danger of blood being shed, somebody suggested leaving the matter to Providence, and accepting the arbitration of him who should happen to arrive there first. It chanced that Muhammad (S.A.W) just then turned up there for work as usual. He was popularly known by the appellation of al-Amin (the honest), and everyone accepted his arbitration without hesitation. Muhammad (S.A.W) placed a sheet of cloth on the ground, put the stone on it and asked the chiefs of all the tribes in the city to lift together the cloth. Then he himself placed the stone in its proper place, in one of the angles of the building, and everybody was satisfied.

It is from this moment that we find Muhammad (S.A.W) becoming more and more absorbed in spiritual meditations. Like his grandfather, he used to retire during the whole month of Ramadan to a cave in Jabal-an-Nur (mountain of light). The cave is called ‘Ghar-i-Hira’ or the cave of research. There he prayed, meditated, and shared his meager provisions with the travelers who happened to pass by. ...(Contd.)