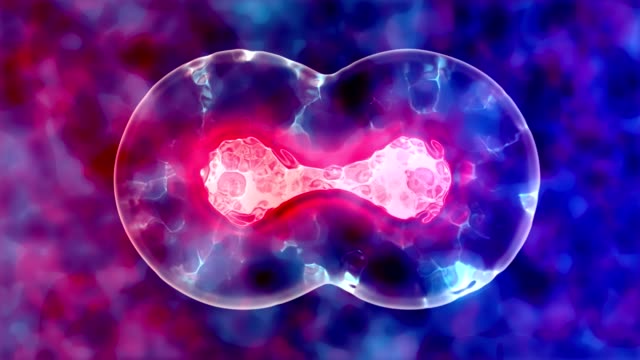 Islam does not allow anything that may cause harm to man and disrupt the social framework or the foundations of kinship and lineage.

Almighty Allah has honored man, and created him in the best form. He says in the Qur’an :

“Verily we have honored the Children of Adam. We carry them on the land and the sea, and have made provision of good things for them, and have preferred them above many of those whom We created with a marked preferment.” (Al-Israa’ 17: 70)

Therefore, Islam does not allow anything that may cause harm to man and disrupt the social framework or the foundations of kinship and lineage. Preserving the family structure and lineage is one of the most important objectives of Islamic Shari`ah which will be destroyed if human cloning is implemented.

Consequently, human cloning is prohibited according to Islamic Shari`ah and its objectives. Regarding human cloning, the Islamic Fiqh Academy in its Tenth Conference proceedings, which was convened in Jeddah, Saudi Arabia, made the following resolution. Here we  reproduce the full text of the resolution :

It is known that the course of creation runs by Almighty Allah on the way that humans are created from a combination of the meeting between two (fluids) and the nucleus of each contains a number of chromosomes that totals half the number of the chromosomes in human cells. If the semen of the father (the husband) which is called sperm, is united with the mother’s (the wife’s) egg which is called the ovum, they are transformed together into inoculations which contain the full genetic case, and have the capability of reproduction. When this is inserted into the mother’s womb (uterus) it grows and is reproduced as a full human being, by the will of Almighty Allah. In the course of its development, it doubles and becomes another two identical cells, then they become four cells, then eight cells, and so on. After that, it continues its course of doubling until it reaches a stage in which its cells have special characteristics and distinctions. If one of the cells is divided in the stage before assuming the phase of characterization into two identical cells,  a twin is born. In animals, it is possible to artificially separate such inoculations, and identical twins would be born. However, in humans, such processes are not yet possible. This is what is called cloning, because it reproduces identical clones, and it is called cloning by division.

There is another way to clone an entire creature, which depends upon taking all the genetic case in the form of a nucleus from a body cell, and depositing it in the cell of an eliminated nucleus of a cell, which makes an inoculation reproduce that contains a full genetic case. At the same time, this contains the capability of reproduction. When it is inserted in the mother’s uterus, it grows and develops and gives birth to a full being, by the will of Allah. This kind of cloning, which is known as (nuclear transformation) or (the nuclear replacement of the oval cell),  is understood as the term “cloning”, when it is released, and this is what happened with the sheep, Dolly. However, this new creature is not an identical copy of the original, because the mother’s ovum, whose nucleus is eliminated, still contains some remains of the nucleus in the part that surrounds the eliminated nucleus. These remains have a remarkable effect in modifying the characteristics that are inherited from the body cell. This is also not yet possible in humans.

Cloning is simply reproducing one or more living being(s), either by transforming the nucleus from a body cell into an ovum whose nucleus is eliminated, or by dividing a fertilized ovum at a stage that precedes the acquisition of distinct tissues and organs.

It is no secret that such procedures and processes are not a creation or some of the creation process, for Almighty Allah says:

1- (Say: who is the Lord and Sustainer of the heavens and the earth? say: (it is) God. say: do ye then take (for worship) protectors other than Him, such as have no power either for good or for harm to themselves? say: are the blind equal with those who see? or the depths of darkness equal with light? or do they assign to God partners who have created (anything) as He has created, so that the creation seemed to them similar? say: God is the creator of all things: He is the one, the supreme and irresistible) (Ar-Ra`d13: 16).

2-( Do ye then see? The (human Seed) that ye throw out, Is it ye who create it, or are We the Creators? We have decreed Death to be your common lot, and We are not to be frustrated from changing your Forms and creating you (again) in (Forms) that ye know not. And ye certainly know already the first form of creation: why then do ye not celebrate His praises?) (Al-Waqi`ah56: 58-62).

3- (Doth not man see that it is We Who created him from sperm? yet behold he (stands forth) as an open adversary. And he makes comparisons for Us, and forgets his own (Origin and) Creation: he says, Who can give life to (dry) bones and decomposed ones (at that)? Say, He will give them life Who created them for the first time. For He is well versed in every kind of creation. The same Who produces for you fire out of the green tree, when behold ye kindle therewith (your own fires). Is not He Who created the heavens and the earth able to create the like thereof? Yea, indeed for he is the Creator Supreme, of skill and knowledge (infinite). Verily, when He intends a thing, His Command is, Be, and it is) (Ya-Sin36: 77-82).

4-  (Man We did create from a quintessence (of clay); Then We placed him as (a drop of) sperm in a place of rest, firmly fixed; Then We made the sperm into a clot of congealed blood; then of that clot We made a (fetus) lump; then We made out of that lump bones and clothed the bones with flesh: then We developed out of it another creature. So blessed be God, the Best to create!) (Al-Mu’minun23 :12-14).

According to the researches, debates and discussions that were mentioned previously and in the light of the Shari`ah principles that have been presented to the Assembly’s Council, the following has been decided:

First: Prohibiting human cloning in the two ways that were mentioned or in any other form that would lead to human reproduction.

Third: Prohibiting all cases in which a third party is interjected into the marital relationship, whether it is a womb (uterus), an ovum, sperm, or a body cell for the purpose of cloning.

Fourth: According to  Shari`ah it is permissible to adopt cloning techniques and genetic engineering in the area of germs, micro organisms, plants and animals in the context of Shari`ah’s controlling rules that seek the interest of humans while avoiding corruption.

Fifth: Calling upon Muslim countries to apply the necessary rules and regulations that would close all direct and indirect avenues in the face of domestic, foreign, and research institutions and foreign expertise to make it impossible for them to make Muslim countries a field of cloning experimentation and promoting of their behalf.

Sixth: Mutual follow-up between the Islamic Fiqh Assembly, and the Islamic Organization for Medical Sciences concerning the issue of cloning and its recent scientific developments, controlling its terminology, convening the necessary conferences, symposia, and meetings to discuss and explain the related Shari`ah rulings.

Seventh: Calling for the formulation of specialized committees comprising of experts and Shari`ah scholars to lay down congenital rules in the field of biological science researches that are to be adopted in Muslim countries.

Eighth: Calling for the establishment and support of scientific institutions and constitutions that undergo researches in the fields of biology and genetic engineering in non-human cloning, in accordance with Shari`ah rules and regulations, in order that the Muslim world would not be dependent on other nations or a follower in this field.
Ninth: Establishing an Islamic formula or approach that would deal with recent scientific developments and updates, and calling upon the media to accredit the divine approach in dealing with these issues. At the same time, not employing them in anything that contradicts the Islamic methodology, and making the public aware of the level of authenticity before taking a certain stand, as Allah the Exalted says: (When there comes to them some matter touching (public) safety or fear, they divulge it. if they had only referred it to the apostle, or to those charged with authority among them, the proper investigators would have tested it from them (direct). were it no for the grace and mercy of God unto you, all but a few of you would have fallen into the clutches ofSatan ) (An-Nisaa’ 4: 83)

Previous Article
An Introduction to the First Pillar of Islam : The Declaration of Faith
Next Article
Hazrat Uthman (R.A) – The Third Caliph – (644-656 A.C.)