Iqbal and the Reconstruction of Islamic Thought 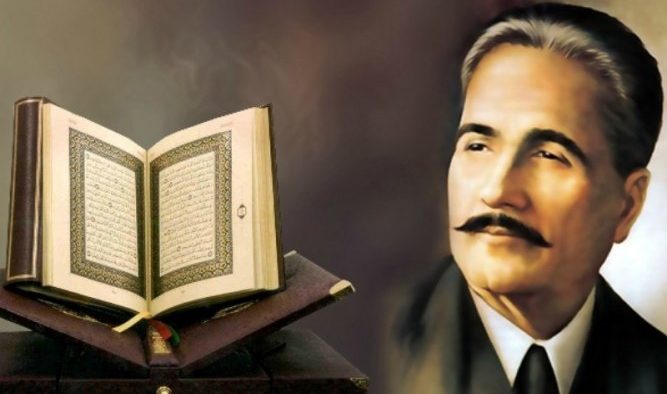 According to Iqbal, the birth of Islam was the birth of inductive intellect; it was the Qur´anic emphasis on observation and experience, as well as its stress on the concrete and the finite, which gave rise to the scientific method of inquiry. Part I of the series by Dr Israr Ahmed

We have defined Islamic Revolutionary thought as the imperative to remove the dichotomy between Divine Revelation and state authority, or between the religious and the secular domains of human existence, and to establish the unconditional and unqualified ascendancy of the Qur´an and the Sunnah over all spheres of life, so that the Islamic System of Social Justice can be established in its totality and, as a consequence, all forms of political repression, economic exploitation, and social discrimination can be eliminated from human society. The achievement of this goal in 7th century Arabia was the greatest accomplishment of Prophet Muhammad (SAW), and it is this triumph of the Prophet which is acknowledged by historian Dr. Michael Hart in these words: “he [Prophet Muhammad] was the only man in history who was supremely successful on both the religious and secular levels.”

The Islamic System of Social Justice, as established by Prophet Muhammad (SAW), continued in its ideal form for at least 30 years after his death, and then it started to decline. Gradually, however, the ideal unity between the religious and the secular gave way, and a dichotomy appeared in the Muslim society between the political rulers and the religious leadership, and then the latter themselves got divided into the scholars of the law (ulama) and the mystics who concerned themselves mainly with the purification of the soul (sufia); in this way, the “unity” gradually degenerated into a “trinity.” The political and moral decay of the Ummah continued to worsen with each passing century. In the meantime, the development of physical sciences and technology in Europe under the influence of Renaissance and Reformation  which were themselves a result of Islamic influences reaching Central Europe through Muslim Spain  led to a power potential which resulted in the conquest of Muslim lands by the forces of Western Imperialism. The evolution of social sciences in Europe also accelerated, and French and Bolshevik revolutions gave fresh dimensions to the human thought, including the ideas of freedom, democracy, human rights, equality, and the need to eliminate all exploitation.

In the Indian subcontinent, efforts to revive the authentic and pristine Islam began with Sheikh Ahmad Sirhindi, and gained momentum with Shah Waliyullah Dehlvi and Sayyid Ahmad Shaheed. The stage was thus set, at the beginning of the 20th century, for Allama Muhammad Iqbal to play his momentous role in laying down the intellectual foundations of Islamic Renaissance.

The achievements of Allama Iqbal vis-à-vis the reconstruction of Islamic religious and revolutionary thought can be summarized as follows: In the first place, he proved that the intellectual and scientific progress that was achieved by the European man during the last few centuries was actually a manifestation and unfolding of the Qur´anic spirit. According to Iqbal, the birth of Islam was the birth of inductive intellect; it was the Qur´anic emphasis on observation and experience, as well as its stress on the concrete and the finite, which gave rise to the scientific method of inquiry. The scientific spirit was born as a result of the imperative by the Qur´an to give up all superstitious and fanciful beliefs, to rely on the senses and the faculty of reason for gaining knowledge of the material world, and to contemplate the physical and natural phenomena because these are signs of Almighty Allah (SWT). It was under the influence of such Qur´anic teachings that the inductive method of inquiry blossomed among the Arabs, before being carried through the universities in Muslim Spain into Europe, paving the way for the Renaissance. It was in this sense that Iqbal saw the intellectual side of the European culture as “only a further development of some of the most important phases of the culture of Islam.” Secondly, he proved that the concepts of political and economic rights of man, which seem to have been born and developed in the West, were actually derived and borrowed from the teachings of Prophet Muhammad (SAW). Thus, to say that all human beings are born equal, that every human being has certain inalienable rights (especially the provision of basic necessities of life) concerning which there must not be any discrimination on the basis of gender, race, color, caste, or creed, and that all forms of exploitation  whether political or economic  must not be allowed to continue in a decent and humane society, is to express the basic tenets of an ideal Islamic state as given by Prophet Muhammad (SAW), as well as to describe the most remarkable features of the era of Al-Khilafah Al-Rashidah.

Thirdly, Iqbal brought to the fore the urgent need and the immense significance of developing a new ilm al-kalam, i.e., of reconstructing the Islamic theology in the light of modern knowledge and of rebuilding the edifice of religious belief on the basis of newly available scientific data. Iqbal paved the way for this gigantic task by liberating Islamic theology from the quagmire of Platonic ideas and the labyrinth of Aristotelian logic, and then by establishing Islamic beliefs on the foundation of modern experimental sciences, including mathematics, physics, biology, and psychology.
Two related achievements of Iqbal that we are going to discuss in this chapter are as follows: first, his challenge to the dominant Western thought and civilization, especially his forceful criticism and condemnation of two fundamental socio-political concepts of the West, i.e., secularism and territorial nationalism; secondly, the ingenious manner in which he reconstructed the Islamic revolutionary thought and presented the Islamic System of Social Justice on the highest intellectual level, harmonizing it with the highest ideals of human rights, as well as his presentation of a brief yet comprehensive description of the methodology for bringing about the envisioned Islamic Revolution.

Iqbal´s ideas concerning secularism and territorial nationalism are so well-known and crystal-clear that we need not go into their details. Secularism, according to Iqbal, is the biggest evil in today´s world, and the separation of Divine guidance from state authority is the root cause of all corruption. Human sovereignty is kufr as well as shirk, irrespective of whether it manifests itself in the form of individual sovereignty (autocracy and kingship) or in the form of popular sovereignty (democracy and people´s rule). A number of couplets can be quoted from Iqbal´s poetry to prove this point; however, Iqbal has expressed his abhorrence of human sovereignty, in a most subtle and perspicacious manner, in one of the couplets of his masterpiece Iblees ki Majlis-e-Shura.
(To be concluded)